Previous Next
AN OVERNIGHT SOLUTION TO MELBOURNE’S HOUSING SQUEEZE?

Words from The Age – www.theage.com.au

One day a Melbourne apartment building had six storeys. The next day it had eight.

Owners of the Adina Apartment Hotel building on popular Fitzroy Street wanted to add eight more apartments to the roof, without disturbing its paying guests for too long.

The solution saved them $500,000 in construction costs alone, as well as a year or more of noisy building at their business. 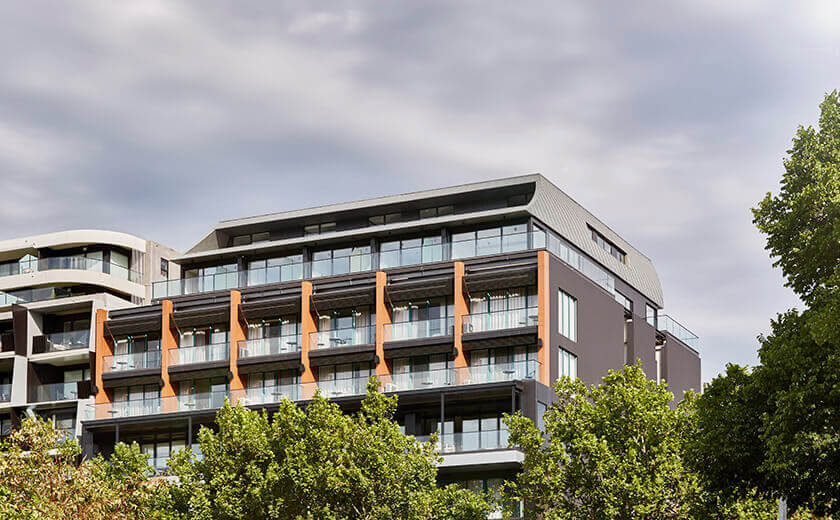 They installed them in less than a day.

Modscape director Jan Gyrn​ said the installation started early on Saturday morning, December 12 (after the last tram ran down Fitzroy Street at 1am) in an effort to limit disruption to the tram network and busy strip.

Mr Gyrn said it was the third project the company had done to add height to an existing building and certainly the biggest.

“There is huge opportunity for building owners to capitalise on the airspace above their buildings,” Mr Gyrn said. “If there is capacity to take additional floors, it seems a waste to demolish and start again for the sake of something taller.”

Modscape has four more similar projects lined up for next year in South Melbourne, Brunswick and the CBD.

“Medium scale development and infill housing is a huge market, particularly if we can find ways to do it efficiently, cheaper and without inconveniencing existing residents,” he said. “Changes to the planning scheme allow for higher density development along main arterials into the city.”

While the build was quick, it took six months at Port Phillip council to get the necessary planning approvals for the Adina extension.

The new rooftop apartments have uninterrupted views of Port Phillip Bay and the city skyline. They are set back from the frontage and wrapped in zinc shingle cladding to differentiate them from the rest of the building.

Words from The Age – www.theage.com.au